This post was originally published on quipper.hatenablog.com on February 6, 2019. I updated it for the stable version 1.0.0.

Whether you are a newbie in Android Developer or a Jedi Developer, you have undoubtedly heard about this new API in Jetpack library. WorkManager is the latest way of handling background processing and at the same time respecting the device resources. I am Rajanikant Deshmukh aka aruke from Quipper’s Mobile team, and we will go through Android’s WorkManager API in this article.

First, we need to know why do we need background processing? One may say “Why don’t we do everything in Main Thread, not worry about all the threading junk and keep our life simple?”. Well, the Main thread in Android does the most critical jobs of rendering UI to the user and responding to the UI touch events. If we give Main Thread too much to do, it skips the rendering work, and then we see this in our Logcat.

Smart developers know that this happens when you are overloading MainThread with work. This causes glitches in the app and ultimately slows the interaction between the user and the app. To avoid that we need to process some of the tasks in the background.

Now the background processes are there since the birth of Android. Knowing them makes us more respectful towards the new Almighty WorkManager.

History of Background Processing in Android

Threads are the Java Way of doing background processing. You create threads by overriding the run method and then start it. You can use this with ThreadPool and Handler for better performance and handling communication.

The only good thing about Thread is that if you know Java then you are good to go without knowing anything else. The problem is that there is no support for configuration changes. We have to handle states of the thread when rotating the device or the activity transitions between UI lifecycle.

Service is the best way to manage work, especially when the app is not running in the foreground, in the past. For a Service, you have to handle threading by yourself, as they run on the main thread. Nowadays, Android wants to restrict such processing, to save battery life and for security purpose.

Also, if we want to pass any data to the UI, we have to use either broadcasts or some Event Bus mechanism or the Binders (Yes, they exist). Again, we have to handle subscribing when UI comes to life and unsubscribe when it goes away, leading to some unexpected crashes. Service is no good for unless we are not using it as a foreground service (with notification). Moreover, you don’t want to show the user a notification every time you want to do little jobs.

This class is just a child of the Service class but comes with pre-packed thread handling. You can run UI independent code in a different thread. The problem is that being a subclass of the Service class; it has to be declared in the AndroidManifest.xml file and creating it is as heavy as Service. Also, there is no direct way to communicate with UI thread, similar to Services.

AsyncTask was a favorite way of doing light works like network calls among many Android Developers for a long time. The working of AsyncTask is simple, and it has a great way of delivering results to UI threads. The problems with AsyncTask is, you have to handle the device config changes yourself. Also, there is much boilerplate code, and you can use an AsyncTask object only once. If you don’t treat the AsyncTask properly, it can create multiple instances, and that is deadly for performance.

In API 11, Android introduced Activity and Fragment supporting data loading mechanism. Using CursorLoader with ContentProviders and IntentServices can make your app smooth sailing ship, but it has a lot (really a lot) boilerplate code and if the data size increases, that smooth sailing ship may sink like Titanic!

It is a cool API which handles jobs condition-based and not time-based. With the new UI introduced in Lollipop and apps being bigger, JobScheduler is a better way to handle background processing. It uses JobService, a subclass of Service again and has an overload of declaring JobService in the Manifest file. The bad news is, it supported only above 21 and on lower devices, you have to use AlarmManager or similar thing.

WorkManager is introduced in a separate support library. Android has moved all support libraries under a deluxe package of androidx and work manager is one of the modules as part of Jetpack. Under the hood, WorkManager uses JobDispatcher, FirebaseJobDipatcher, and combination of AlarmManager and BroadcastReceiver. It has backward support up to API 14.

It stores results, arguments and work details with Room database, so even if your process is killed in the most horrible way, the WorkManager has the record of all Works it has been doing. The most exciting part, you can observe it using LiveData, so no need to worry about managing subscriptions.

To start using WorkManager, you need to know some concepts on which WorkManager works. The ideas are straightforward and easy to understand.

Though these are simple steps, you can add more complex steps only if you want. Now, enough history lessons and theory. Let’s move to a code with a simple example.

To add WorkManager as a dependency, add Google repository in project level build.gradle file. If you are using the latest version of Android Studio, then it should be already added.

Then, add the dependency in app/build.gradle file.

This assumes that your code only in Kotlin. Also, I will explain what difference it makes by suffixing -ktx later.

The code below is a simple, minimal example of a typical Worker class. You have to override at least doWork method and specify the work in it. For now, our old friend Thread.sleep can replace intensive task here.

To run this worker, we have to enqueue it to WorkManager.

Let see line by line how the code works.

Since the Worker class doesn’t have any default empty constructor, we have to specify the arguments Context and WorkerParameters in the constructor and pass them for super construction.

We can use the WorkerParameters to get input data which returns the Data object we specified in the following code as inputData. The Data class facilitates key-value paired data, very similar to that of Intent an or a Bundle.

The doWork method runs on a WorkerThread and returns a Result object. There are few static methods available in Result class to make development easier. Result.success() Returning this object tells WorkManager that the work was executed successfully. Result.failure() means the Worker has failed to do its work. We will see in details about Results in the next example.

Data class uses a Builder pattern and we can specify the key and values as data input to our Worker class.

We can run our Worker class as either a single task which is executed once or as a repetitive task. For now, we will use OneTimeRequestBuilder to run our task once. So we specify the worker we want to run, set the input data and build the request. Requesting WorkManager to execute our request is as easy as a one-liner.

To observe the state of the worker, we need the ID. Every WorkRequest object has an auto-generated unique ID. You should save it if you need to get information about the work.

Then we can observe the state by observing LiveData provided by WorkManager.

As opposed to other Background execution mechanisms, WorkManager provides LiveData. The observer on LiveData manages itself according to the UI lifecycle, so we don’t have to worry about managing its subscriptions.

Moving on to an Advanced Mode

Now you know how to run a simple Worker with WorkManager. However, simple is never enough for real-time situations. Let’s see how will you implement a real-time Worker to do a heavy network task, which takes some input and returns output on success.

Again let’s go through the code, understanding how it works.

It’s good practice to encapsulate the building logic for a Worker in its own companion object. The method buildRequest takes input as simple arguments, builds a OneTimeWorkRequest object and returns it.

The Data class in androidx.work package uses a Map<String, Object> as a key-value store. It should be a lightweight container for passing data and thus enforces a max value of 10240 bytes for a serialized state. You can use all primitive data types along with String and Arrays to pass data to Worker through the Data class.

You can specify the constraints and WorkManager runs the worker class until the constraints are satisfied by the system. For this Worker, we need a connected state since it is a network task and we also add setRequiresCharging to true because we don’t want to use the user’s battery when running our heavy task.

As mentioned previously, the -ktx library, let us use a different method for building request which does not use ::class.java but a generic way.

Setting input data and constraints is simple enough. The setBackoffCriteriamethods let us set the way WorkManager will handle our worker when we ask to retry the execution.

This code block satisfies the prerequisites required for out network call. If there is something wrong with the input params, we return Result.failure() with an error message.

Similarly, if we want to run this task periodically, say every 6 hours, we have to build a PeriodicWorkRequest and enqueue it.

This runs this task every 6 hours if the network is available and the device is charging. Since we add ExstingPeriodicWorkPolicy to REPLACE, WorkManager replaces the existing task, if running or enqueued with the new task scheduled.

Where can we use WorkManager

After seeing WorkManager in action, we know it’s easy to use, supports UI lifecycle and results can be retrieved quickly. So why not use WorkManager everywhere? Not exactly. WorkManager is designed for guaranteed execution, but not necessary to be on perfect timing. Let’s see when to use WorkManager and when to not with few real-time use cases.

Now that you have seen WorkManager in action, you can use it right away or experiment on it to learn more.

If you like this article, don’t forget to clap and share it! If you have suggestions/improvements let me know!

In the above article, I have used gists for embedding code, but you can see the complete code here:

Introduction to RecyclerView's clipToPadding attribute and how we can use it to create better lists in the Android app. 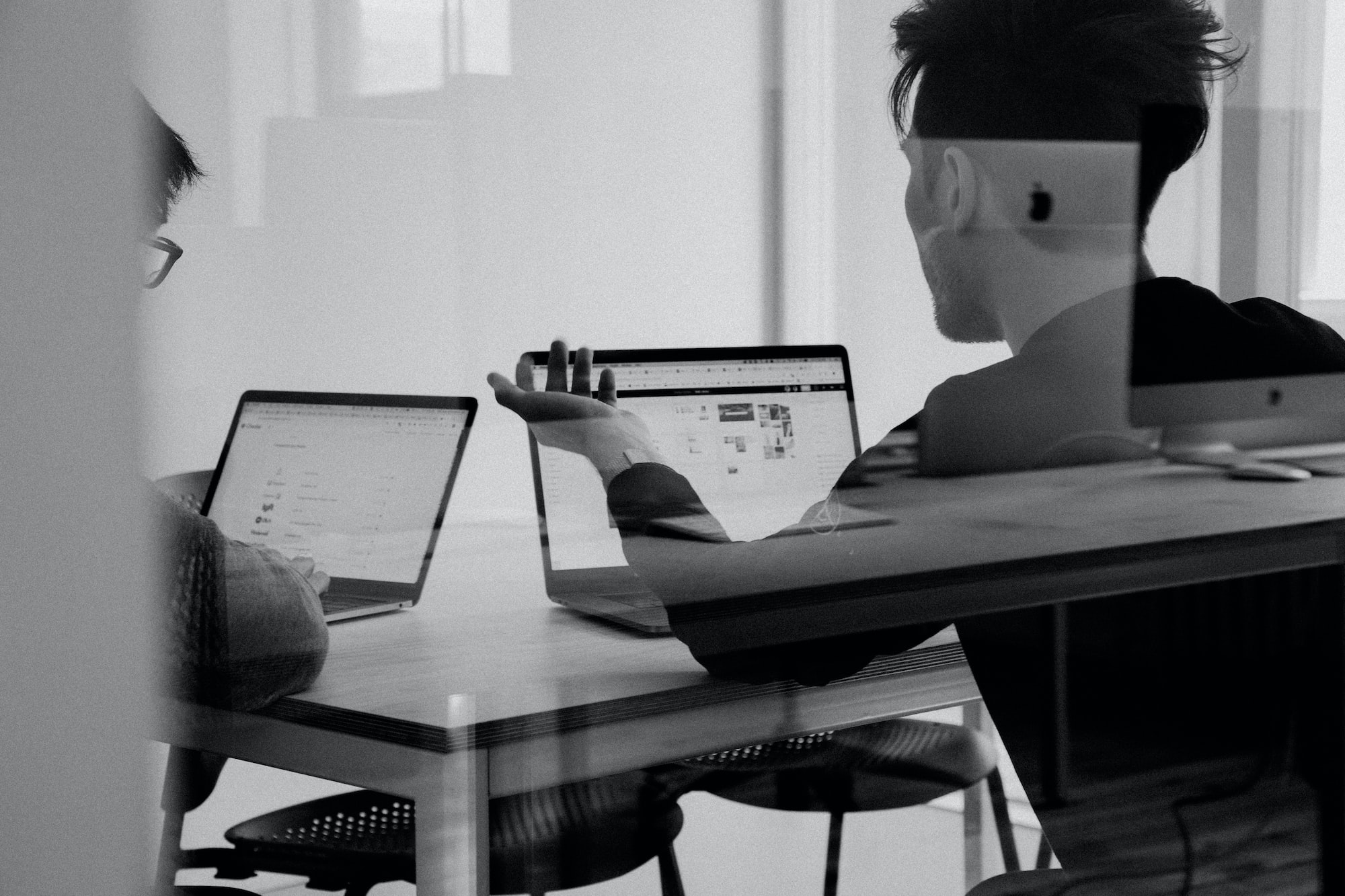 Udacity Propel is Udacity’s flagship career fair, organized to connect Nanodegree students to the recruiting companies. Read about my experience from the Propel in Bangalore and what you need to do to prepare for one.